secularism!!! We all know the theory but practically we don't seem to be agree with this concept. If the person of any other religion tries to interact with us, our first reaction is a doubt.... reason being, blind religious view which we get from childhood and using this 'religion concept' many bad people get benefited.
anyways, i don't want to talk more about this, but i became introspective about this Different Religions fact due to my 2 experiences. first experience was, i was traveling from train some months ago. there was lot of crush. after long time finally i got the window seat. i was so happy!! meanwhile one Muslim lady sat near my seat which was empty. She had a little girl with her, about 3-4 years age. The little girl wanted to see the running pictures outside the window, but her mother was restricting her from going towards the window besides me. May be lady understood that i am of other religion, that's why she was trying to keep little girl away from me. I was also watching that Muslim lady doubtfully and was trying to avoid the touch of that little innocent girl. Actually if there had a little Hindu girl instead of that Muslim girl then i would treated that little Hindu girl by caressing, i would show her outside fun. But at that time she was only a Muslim so... in this whole thinking, i just saw the little girl's face. how innocent she was!!! She had very different emotions on her face. Really children doesn't know the different religions and fighting among them. We are the people who tell them that you are from this 'religion' not from other 'bad Religion'. Really we are the only first persons who inculcate on their mind the blind religious instructions. Otherwise how those innocent children come to know about the Religions, caste etc.?? I started thinking like that and i unknowingly picked up that little girl and seat near window besides me. This happened in only few seconds. That Muslim lady also started looking at me surprisingly. But my attention was not there. I was just watching the sweet, smiling, innocent face of that little girl....

second experience was only few days ago, i don't know but i was feeling so uncomfortable. I was Walking on the road, saw Saibaba temple;went there. I bowing low in front of Saibaba. Face of Saibaba was so delighted and promising. I felt better. while leaving the temple i saw one Muslim person, praying in Muslim style in front of Saibaba. The emotions of mine and that person were the same while praying to the Saibaba but only difference was ,his praying style was Muslim and mine was Hindu. We both were bowed low towards one person only i.e. Saibaba. He was saying "YA ALLA", and I was saying "HE DEVA". What a surprise!! we had given the different names to the same POWER or same REVEREND PERSON. can u tell me is this called DIFFERENT RELIGIONS???

Don't know. I don't know much about this religious things but why we keep GOD or CHRIST or ALLA or other reverend persons in boxes??? We tell them that those many persons are in your 'team' others are not. Who are we to decide this religious partition?? This religious concepts are introduced only by us and because of this many bad people in the society gets benefited.

ho yaar.that's the only reseon why people r fighting amongst them

Hi nice experience.Religions were made by humans i.e. us. God created us as his mirror images and we have broken the mirror of GOD ...
so it has led to multiple images of same god in the mirror.....

you are right. Lets Break the Berlin Wall and build Suspension bridges to reach each and everyone

It is a amazing concept and delivers a beautiful message.

great work..
i think everyone needs a time out uv shared good ideas to beat stress..

Welcome to my blog! This blog is not about particular subject or issue. This is random thought blog. You can post the comment on any post. Suggestions are most welcome. thank you. 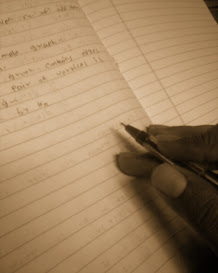